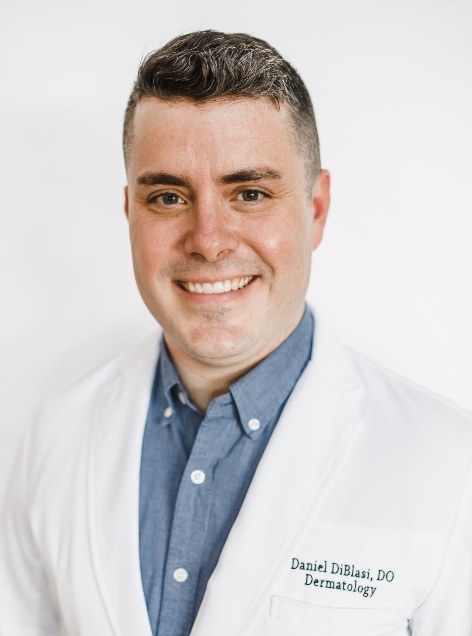 Dr. DiBlasi earned his bachelor of science in biology from Siena College, graduating on the President’s List. After college, he was accepted into the US Army's Health Professions Scholarship Program and attended medical school at Lake Erie College of Osteopathic Medicine.

He then completed a transitional internship at Tripler Army Medical Center in Honolulu, HI. During that time, he developed an interest in dermatology and completed a research project in tele-dermatology. After his internship year, he was stationed at Fort Carson, CO, for three years, serving as a Flight Surgeon for the 4th Combat Aviation Brigade. Dr. DiBlasi then spent the subsequent three years at the prestigious Walter Reed National Military Medical Center in Bethesda, MD, completing his dermatology residency. He served as Chief Resident during his final year. After residency, he was stationed at Fort Hood, TX, where he served as the Chief of Dermatology for three years to complete his Army career.

Dr. DiBlasi was born in Massachusetts but moved to upstate New York shortly thereafter. At the age of 7, he moved with his family to Taiwan for six years. During that time, he got to travel throughout Southeast Asia and experience several different cultures. His family returned to New York, where he completed high school and college and decided to pursue a career in medicine.

He was initially inspired to go to medical school around the age of 15 when he was hospitalized with pneumonia. During that time, he was impressed by his treating physician and realized the importance of the patient-doctor relationship and the significance of a good bedside manner.

He earned his bachelor of science in biology with a pre-medicine focus from Siena College in 2008. In college, he had the honor of working as a teaching assistant in the microbiology lab. During this time, he also worked in the radiology department at a local orthopedics clinic.

He attended medical school at Lake Erie College of Osteopathic Medicine in Erie, PA. At the encouragement of his late grandfather, he applied for and was accepted into the US Army’s Health Profession Scholarship Program. In 2010, he married his high school sweetheart, Kristen.

After graduating from medical school in 2012, Dr. DiBlasi and his wife moved to Hawaii for his internship at Tripler Army Medical Center. He spent two elective rotations working with a dermatologist, getting clinical experience and completing an IRB-approved research project on tele-dermatology.

He spent the summer of 2013 at the US Army’s Flight Surgeon Course at Fort Rucker, AL, and was subsequently stationed at Fort Carson, CO. He was assigned as a Flight Surgeon to the 4th Combat Aviation Brigade, which was in the process of transitioning to Fort Carson. In addition to his clinical duties, he helped start up the battalion’s medical section and the aviation clinic. He deployed to Kandahar, Afghanistan, with Task Force Comanche in support of Operation Freedom's Sentinel from 2015 to -2016.

Upon returning from deployment in 2016, he relocated to the National Capital Region in order to complete his dermatology residency at Walter Reed National Military Medical Center. He had the opportunity to train under experts in dermatology at Walter Reed, the Joint Pathology Center, and the National Institute of Health. He served as Chief Resident during his final year of residency.

In 2019, he was assigned to the dermatology clinic at Carl R. Darnall Army Medical Center at Fort Hood, TX. He was the Chief of Dermatology for a hospital that served one of the largest active duty, retiree, and beneficiary populations in the country. He completed his 10-year Army career in 2022, achieving the rank of Major.

Dr. DiBlasi and his family are excited to be returning to Colorado Springs and he is honored to have the opportunity to work at Vanguard.

Dr. DiBlasi enjoys spending time with his family, cooking, being outdoors, and woodworking. He’s an avid hockey and soccer fan. He and his wife have four children - Rylan, Emery, Nellie, and Bowden - and two dogs - Sydney and Jade. 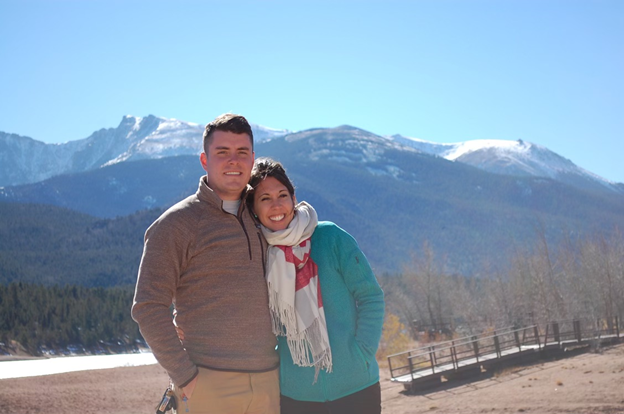 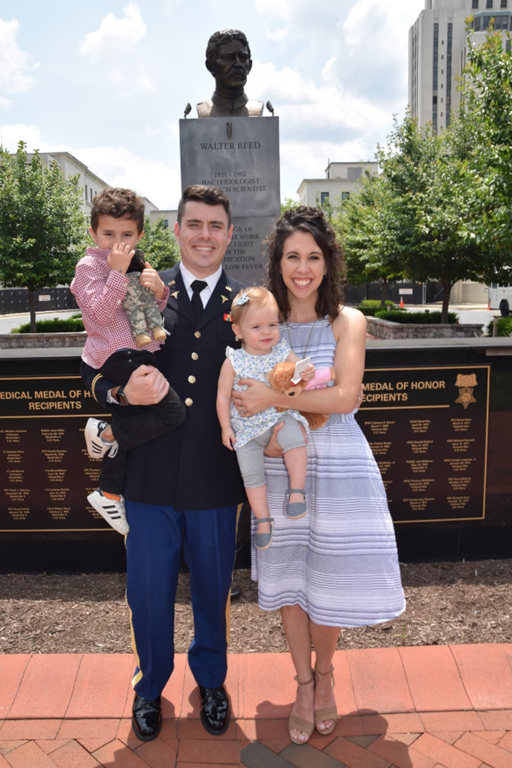